Home Articles Electoral Fraud: President, Lawmakers should step down for a day 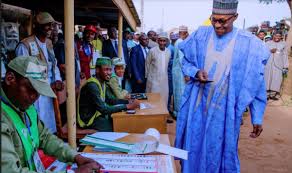 When I think of the electoral system in Nigeria and the fraud we see in it, I go on feeling like a part of system that is a laughing stock to the rest of the world. Sometimes when I hear ‘rerun’ after an electoral judgment is passed, it looks like a rape case where the rapist is asked to take another turn on his/her victim. This is sad!

Has anyone ever wondered why there is and might never be any form of offence for electoral fraud in Nigeria? Across the globe electoral frauds still remain the most complicated offences as most countries have just sanctions and fines as punishment to electoral offenders as it concerns politicians, while others take it seriously.

In Nigeria, it funny to note that the word ‘POLITICIAN’ does not appear in any line of the ELECTORAL-OFFENCES AND PENALTIES by the Independent National Electoral Commission INEC. This simply means that there is no crime for them in that document.

For instance, Returning or Collation Officers who announce or publish a false election result or persons who deliver fake certificate of return get 3 years imprisonment without an option of fine. Vote buying attracts fine of N500,000 or 12 months imprisonment or both.

We agree that the exclusion of crimes by politicians on this document and others like it is because Political Parties run for elections and not individual, but who has every jailed a political party? How can a law court prove there was rigging and the next thing is a rerun? Just like that with no one going in for it? Not even the INEC officials who announced the results; not even the collation officers and everyone involved in rewriting the results go in for it.

Talking about others, everyone would be thinking why I decided to put the politicians aside and why I have decided to defile the ‘no smoke without fire’ theory we normally work with. Electoral fraud is bigger than armed robbery. It costs the state money and time and in most cases imposes the wrong people on the people. There is no rape bigger than this; no robbery is bigger than this because the criminal politicians have not just stolen money, but the will of the people which is always like the Debit Card to withdraw endlessly from our common wealth.

When a ballot box is snatched, we hear about the perpetrators being arrested and no one talks about their sponsors and no security agent makes efforts to investigate the beneficiaries of the outcomes of such snatchings and violence. It makes the entire nation look stupid if we think that a young man would walk down to a pooling unit to snatch a ballot box for fun or sport.

It is obvious that no politician in today’s Nigeria especially the lawmakers at the National Assembly  would ever think of talking about a bill that will punish him and his colleagues because it is so obvious that no Nigerian politician has ever won an election without ‘hitches’ of rigging. This is also evidence in the document by INEC which completely excludes them, leaving ordinary citizens who are mere accessories to the crimes they are the main beneficiaries to be punished.

Since they cannot do it and since the president would also never dare it, let them step down for a day so that we can have this a citizen bill, where Nigerians will propose it, sign it and ensure it is implemented in upcoming elections. I wish we could have many of our defaulting politicians rotting in jail like their fellow criminals who rob with guns and the jail terms should not be the meagre 3 year terms INEC is proposing, but something high and even above 20 years with fines and sanctions.

Nigerians knowledgeable can come together and work out this bill and since it is quite impossible for us to sign it into law ourselves, we can find a way to force it down the throat of our lawmakers, this is the only time a physical National protest and others via social media would make sense.

To achieve a hitch-free election, Nigeria must engage in a more digital system of voting which will make the entire system very transparent and also have election results out on time. The analogue system we are running today with papers is shame.

To get this system right, we need just three things; a nationwide card, a machine and a server. The card will be able to work in all locations in the country, but will have limitations depending the location of the holder and the information they imputed when it was issued.

The machine will take a similar nature with the ATM; it will read the card and instead of a pin, it will have a biometric validation, the same thing with the card readers we have today. Once valid, the card will pop up various positions up for voting and when tapped, displays the political parties available for the persons to press and vote. The result will instantly be recorded in both the local, regional and national server.

As for the card, one would have to choose their preferred voting location and when they are outside their Local Government Area, but Still their Federal Constituency, the machine will deactivate State House of Assembly Election, but allows House of Representatives Election. If they are off their federal constituency, they will be left with Senatorial Election and Governorship Election as long as they are still in the Senatorial Zone. It continues this way until the person is outside their state and they will be left with only presidential election to participate in.

Going paperless will save us money and time which we can reinvest the money in the development of a technology that will make life easier for us during elections. I am aware, trust, illiteracy, power and internet connection will mal this idea, but if we start in three years, we can be ready. With that said, I wish to still take us back to the main issue that there is need for politicians to be punished in Nigeria for ripping the masses off their mandates and the earlier this is done, the better for this country because I believe that when this is done Nigeria will start working. 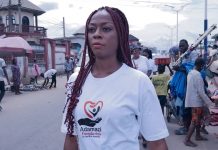 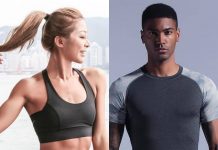 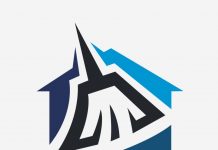 Ogbuzuru Benjamin talks about his new business on “BUSINESS COLLABO WITH...

OJAYVIBES set to drop his EP!