– over 43  senior civil servants across the 27 LGA’s affected

Yesterday, Monday, 9th April, 2018 was indeed a sad one for the Nigeria Labour Congress, NLC, Imo State Council in particular as the State government under the leadership of Owelle Rochas Okorocha (Senior Advocate of the Masses) compulsorily retired Senior Civil Servants across the 27 LGAs in the State. 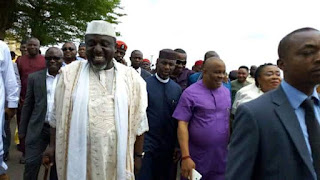 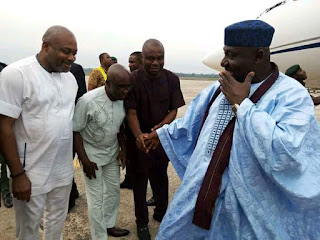 According to reports, the Director of Administration and General Services (DAGS) were instructed through the Head of Service to issue the retirement letters to the affected workers.

It was gathered that over 1,215 Senior Civil Servants were captured in the exercise as over 43 workers across 27 LGAs got displaced.

This is coming at a time when Imolites are being owed backlog of salary arrears as well as pensioners who are currently being owed 89 months according to reports.

In a brief chat with one of the affected Civil Servants earlier today in Owerri, the state’s capital alleged that the plan of the governor is to reduce the wage bill of the state, hence, the massive retirement.

…May God rescue Imo people from this “Rescue Missionaries” occupying the seat of power.

…Imo people both old and young, hope your PVC is in tact?

ALSO READ:  Couple Say They Are Concealing The Gender Of Their 17-Month-Old To Protect The Child From Unconscious Bias And Didn't Even Tell The Child's Grandparents For Almost A Year
قدرت گرفته از افزونه نوشته‌های مرتبط هوشمند Award winning blogger and influencer DRIFT KING made it to our...

Our 2 year old daughter got filled with the Holyspirit during...